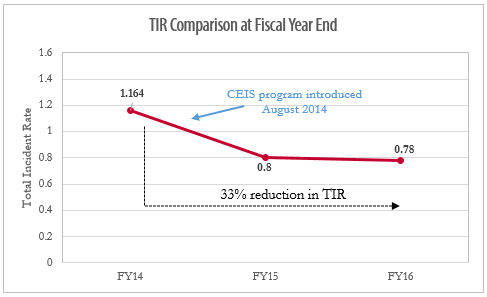 When AWS started on-site in August 2014 (one month into fiscal year 2015), the Certified Early Intervention Specialist (CEIS) heavily educated employees and management on early reporting and proper documenting of incidents. The CEIS conducted quarterly and annual management training on this process and the management team now involves the CEIS in every incident. Being involved with each incident as it occurs allows the CEIS to minimize the need for outside care and reduce the risk of the injury becoming an OSHA recordable injury. Additionally, the presence of the CEIS on-site allows for frequent follow up with incidents on an in-person and daily basis. The CEIS has also worked with employees to help change the culture around injuries. At one point the perception was that there would be disciplinary action for a work place injury, but that perception no longer exists.

Prior to AWS, the company was dependant on employees reporting incidents as they happened. Incident reporting did not always occur because employees were fearful of retaliation if they had an injury at work. This caused them to wait until they needed further medical care to report the injury. In addition, there was no medical professional on-site to determine when employees needed to seek further medical care, or if the case could be managed with first aid. Therefore, employees often sought further medical care at the onset of an injury, regardless of the severity.

The company’s goal is to have a Total Incident Rate (TIR) of zero. AWS is on-site to help the company achieve this goal.

In the first fiscal year that AWS was on-site, the company saw the following results: 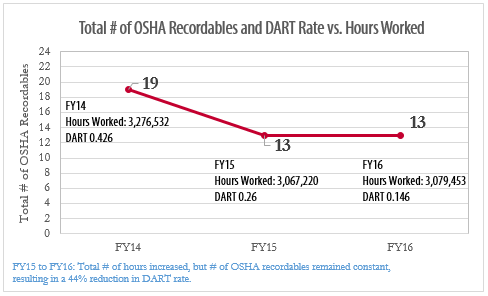 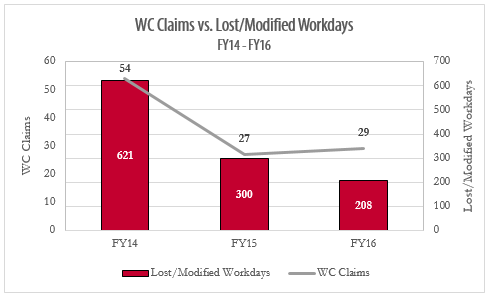 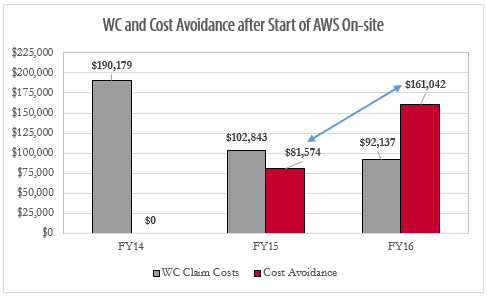