In March 2015, a beverage distribution company recognized the need to reduce the number of on-site injuries and hired ATI Worskite Solutions (AWS) to help. Placing one Certified Early Intervention Specialist (CEIS) at the TPA site for 40 hours per week, the company started to see results. In May 2015, a second CEIS was added, working 30 hours per week and splitting their time between the FTM and FTP locations. And in January 2016, a CEIS was added at the MN location. As of August 2016, the 30 hour contract in FTM and FTP was increased to 40 hours.

Both CEISs became Certified Professional Collectors to complete drug tests on-site and worked to create an on-site post offer exam (POE) utilizing job task analyses (JTAs). On-site POEs and drug testing began after the CEISs were on-site for 4 months. CEISs also have high involvement with new hire orientation and begin job coaching on the start date of each employee. CEISs have strongly encouraged a stretching program to help assist in shifting the culture to health and safety awareness and early reporting. Some departments have now made the stretching program mandatory.

Prior to AWS coming on-site, the employer was completing POEs and drug testing off-site. Employee culture was not reporting injuries until the employee could no longer work, which caused for high workers’ compensation costs and increased DART rates.

The main objectives for AWS included:

Since AWS has been on-site, the following has occurred: 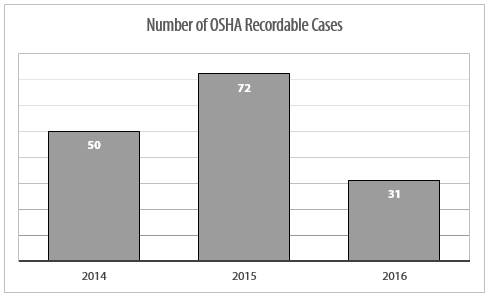 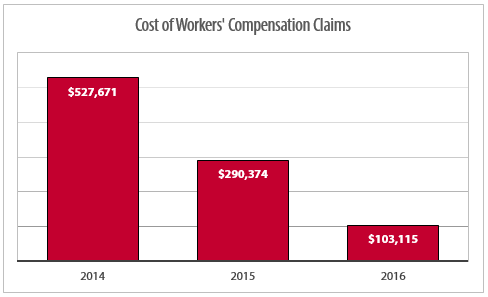 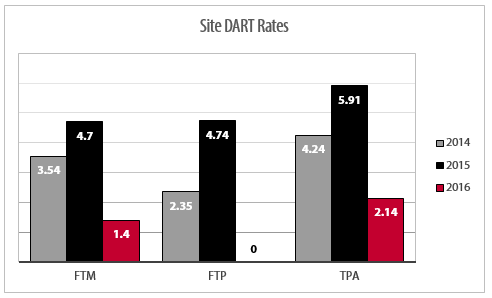 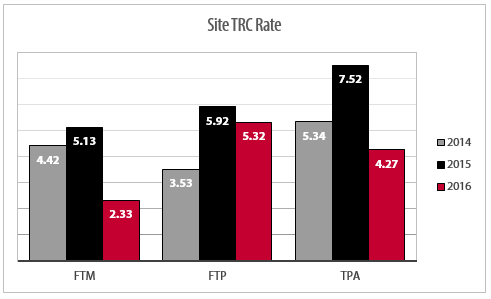